For ALL homes for sale in Olde Naples, condos and single family, click HERE

Search ALL listings in Olde Naples by price range:

Olde Naples is undoubtetly the heart of Naples Florida, home of the coveted 5th Ave S and 3rd St, fine dining, exquisite shopping and some of the finest real estate in the US. Inhabited by the Calusa Indians 4000 years ago, Naples FL stayed hidden from the world for a long time, until the 1860's, when two gentlemen, Joe Wiggins and Roger Gordon became the first recorded settlers in the area.

The first people to see the potential of this Gulf coast didn't arrive until 1885, when General John S. Williams (a senator from Louisville Kentucky) recruits Walter Haldeman, an adventurous and wealthy publishing magnate. They contract a boat and travel to confirm the detailed reports of U.S. survey teams about this slice of heaven with white sandy beaches and mild climate. Once they arrive in Naples, they immediately recognize the huge potential and they start building beach homes, the pier and a 16 room hotel. The Naples pier, a popular location for a romantic walk, fishing or witnessing one of the famous Naples sunsets goes out 600 feet in the Gulf of Mexico and it was initially built to facilitate docking for large ships.

Eventually, Haldeman buys out Williams for $50,000 and becomes the sole proprietor of Naples Development Company and 8600 acres of prime real estate.

In 1912, a land developer from St. Petersburg, FL named Ed Crayton, purchases most of Haldeman's property and continues to expand and improve it throughout his entire life.

Another name that left a fingerprint on Naples' history is Barron G. Collier. Orriginally from Memphis, Tennessee, he droppes out of school at 16 to become a succesful business owner by 20 and a millionaire by the age of 26. Running out of New York City, his company leads the market in mass transit advertising with affiliations in more than 70 American cities, Cuba and Canada.

On a trip to Useppa Island on the Fort Myers gulf coast in 1911, he immediately sees the real estate potential and the opportunity to create the same level of success characteristic to the East Coast. Over the following 10 years, he purchases over a million acres in Southwest FL, from the coast lines of Ten Thousand Islands and Usepa Island to the Eastearn Everglades and Big Cypress areas. Part of his property included 90% of Marco Island.

A visionary of his time, Collier wants to create a perfect balance between vacation, environment and agriculture. To achieve that, he understands that Naples has to be more accessible and can't rely only on the pier to bring modernism and technology. Collier invests millions in transforming and developing huge areas of untouched wilderness and plays an important role in draining the wetlands of the Everglades and the built of Tamiami Trail, the only cement road to link Tampa to Miami. When the road construction hits financial troubles, he agrees to help finishing the project and contributes with more than a million dollars. The display of commitment and dedication earns him the honor of having the County named after him in 1923.

The 1920's bring a lot of developments to Naples FL. Electricity becomes available in 1926, rail service debutes in 1927 and 1929 introduces the first telephone lines.

However, due to the market crash and WWII, Naples stays as a small, quiet and hidden oasis until the 1950's, when it begins its transformation into the active, vibrant Gulf Coast beach resort it is today.

Olde Naples has a large variety of homes and an array of condos available. From the 16 million sale of a two story Florida style home that came with 1.91 acres of beach front, to the $130,000, 700 square feet condos, Olde Naples real estate offers the opportunity to cut your slice of paradise any size you want.

The Olde Naples area is mainly sliced in Streets from N to S and Avenues, E to W. All Avenues end on the beach, most of them offerring meter parking at the W end. There are many things to consider when looking for homes for sale in Olde Naples, like proximity to the beach, rear exposure and lot size. More and more buyers seem to focus on the lot size and location due to the increasing number of new builds each year.

The Gulf Shore Blvd S is the last street before you reach the beach and it runs paralel to it. Going N, once you pass Central Ave it becomes Gulf Shore Blvd N and once it turns E, it becomes Moorings Line Dr, which ends in 41 (or Tamiami Trail N).

Proximity to 5th Ave S and 3rd St can be an incentive, or not, depending on preference. I have met buyers who were very interested in being as close to the action as possible, and I also met buyers who valued their privacy and wanted to be away from the heavely tourist populated areas. Whatever your preferrence is, an investment in Olde Naples Real Estate is always a smart choice. 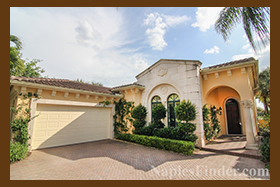 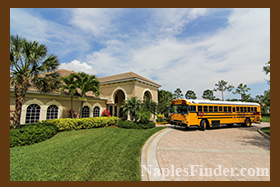 Real Estate in Naples FL by 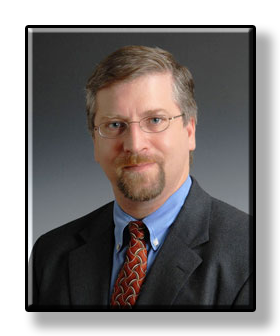 Kevin Lottes is one of the very few people in the Naples FL Real Estate world that I trust completely. I've had the good fortune of meeting him at the very begininng of my career and have used his outstanding services exclusively for the last 10 years. Kevin is one of the top board certified real estate attorneys in Naples FL and is a true specialist in all facets of real estate: foreclosure, short sale, probate, regular and complex real estate transactions, construction law, real estate development, mortgage lending, commercial transactions and many more. His integrity and professionalism have prompted the Naples Board of Realtors (NABOR) to select Kevin Lottes and his expertise in regards to changing the contracts we all use as REALTORS®, hosting lectures or teaching specialty classes to brokers and agents. Here, at the www.NaplesFinder.com group, Kevin Lottes is a constant presence and a guarantee for a successful transaction.

"Buying a home can be a stressful experience.  Buying a home in a city that is 2,000 miles from where you live can really add to the stress level.  We were fortunate to be able to work with Andrei Apostu to purchase our dream second home in Naples, FL.  Andrei is extremely knowledgeable of the Naples real estate market, but beyond that, he understands how to meet the needs of his customers.  He took great care in quickly ascertaining what we liked and didn't like about the first few listings we saw.  That enabled him to work effectively for us, long distance, in eliminating properties from our interest list if he didn't believe they would meet our needs.  The Naples market happened to be heating up substantially during our search, and it got to a point where listings were going under contract quicker than we could schedule a flight out to see them.  Andrei again stepped up to the plate. He visited new listings on our behalf to determine if they would meet our needs, and was even willing to send us videos of the properties.  Andrei is up-to-date on all aspects of technology (email, text, video, etc.), which was truly helpful given that we often needed to communicate while traveling. Working with Andrei is like spending time with a trusted friend, greatly reducing the stress associated with home buying.  We wholeheartedly recommend him to anyone needing a realtor in Naples!"

"We highly recommend Andrei for his knowledge of the real estate market in the Naples area. He was available for us on short notice, as we flew in from Michigan, and was very helpful in identifying properties based on our specifications. Plus, we had a very pleasant time visiting properties and learning more about this gorgeous area with Andrei! Thank you."